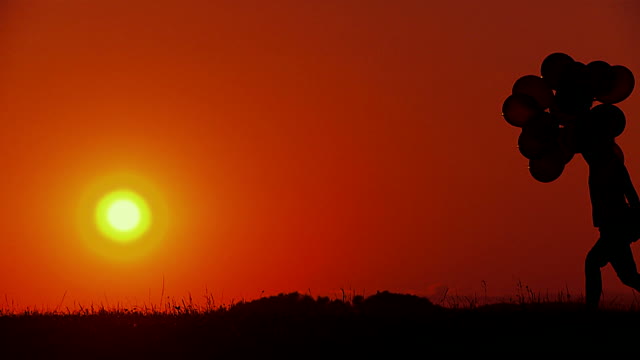 A statistical review by:

Worldwide, 156 million men alive today were married during their childhood; according to a recent study by UNICEF. This data of a huge number of child grooms is published while little research being done to address the issue. UNICEF statistics also show that boys’ early marriage counts 18% of total cases of child marriages before age 18. However, it should be noticed that this proportion is not fixed in different areas and in certain regions the percentages may even reverse. In some areas of India, for instance, boys marriage before their age of majority is more common than girls’ early marriage.

Across 52 countries of the World, there is no legal limitation on the marriage of girls under age 15. This number turns to 23 countries when talking about underage boys. It means that the rules of 23 countries allow the parents to force their boys to marry under the age of 15. Consequently, these boys won’t have the chance to resist against it even later when they reach the age of majority.

The international community is taking the case of child brides in priority of awareness activities because early marriage affects girls in far greater numbers than boys. However, it would be against children and human rights to ignore the boys. Same as the girls, the negative consequences of early boys marriage could be studied and measured. Boys are forced to leave school and engage with low-level jobs. This leads to the continuation of a poverty cycle. The purpose of ending child marriage is to help break the intergenerational cycle of poverty.

Iran is among the countries in which the law does not provide any specific definition of the age of majority; thus enables the boy’s guardians to make them marry before the age 15. According to article 1041 of Iranian Civil Code, the marriage of a girl before the age of 13 and of a boy before the age of 15 (puberty age) is a subject of their guardian permission and on the condition of taking proper interests into consideration and at the discretion of the competent court.

As usual, Campaign of Stop Early Marriages in Iran is going to publish a series of annual statistical reports about the situation of child marriage and other related problems up to the end of this year. A statistical view and analysis of data will help the readers to better understand the current situation.

According to the National Organization for Civil Registration, from March 2015 to March 2016 (1394), 314 boys under age 15 and 27811 boys between 15-19 have entered into marriage. Furthermore, during the same period, 1 divorce case of a boy under age 15 and 1217 divorce cases of the boys between 15-19 have been recorded. There are 2 important points that should be considered here: 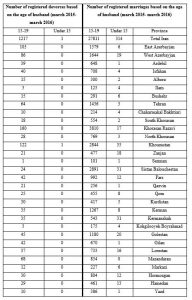 When studying child marriage and its consequences, it is important to pay attention to the age of both wife and husband. The age distribution table of child marriage and divorce shows that during the year 1394 (march 2015-march 2016), 314 boys under age 15 have entered marriage. Referring to the divorce data, we may assume that a number of the boys who have divorced at an age between 15-19, had been entered marriage few year earlier; when they had been under age of 15.