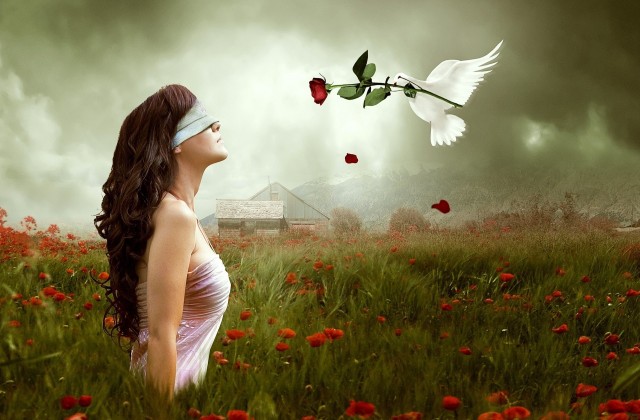 More than 7000 communities across Africa are working to abandon FGM. But there are some other countries in the Middle East and Asia where FGM is also common as a tradition. Despite the efforts of some organizations in the Middle East and Asia mutual cooperation between the respective governments and international organizations is difficult in some countries such as Iran, Saudi Arabia, Pakistan and etc.

FGM is tradition and culture which is still continued by women themselves. Although FGM is also men’s demand it can only be kept alive if women are complicit. There are no reports that FGM is done by doctors, educated nurses or midwives in Iran. The studies show that girls are mostly mutilated by native women.

Local surgeon women who do this operation and have learned it hereditary are known as Daye. Most of them are old women who learned it from their mothers or grandmothers. In modern times one thing is particularly important to note that the process of becoming and being Daye still continues. “Becoming Daye” can be defined as the process in which a woman with her own desire, social craving, illness and death of a former Daye or etc. accepts responsibility for the mutilation of girls and after a while the others will know her as Daye. There will by Dayes for at least another 40 years as in some villages, young Dayes still accept this responsibility.

Daye with several other women (in most cases the mother) as an assistant or helper circumcise the girls. For reducing injuries, the assistant holds the girl’s hand and feet strongly to prevent additional movements. In some cases, it has been reported that FGM is done by the closest person for instance the mother, grandmother or aunts.

FGM is usually done with a razor and without anesthesia medicine. It is rare that they use other kinds of sharp instrument. These women have different approaches to disinfect the place of cut. They often use Betadine, but in places where accessory to disinfection is difficult they use ashes of fire or cloths, natural soil and the smoke of turpentine.

In my travels to different parts of south, I visited various villages to find Daye and inquire about FGM. It can be estimated that there is at least one Daye in each village and in some can be found more.

I asked a Daye: “Why did you circumcise your granddaughter?” her face was broken and aging, laughed and said: “We have mercy, they cry and I can do the operation”. It was the points of view which should be corrected. In fact, I need to find the root of their passion for doing FGM which was completely different with my experience. Barbarity and cruelty were not a good reason.

Most people who have never seen these women think of them as butchers, violent, cruel and heartless but for me that I am in search of “why the continuation of FGM” for many years – and the presence of a Daye is one of the fundamental factors – the image of these women is different. Before I was so involved in the issue of FGM, I was surprised by the cruelty of these women. This image had changed when I traveled and talked to them myself. Their laughter, their hospitality, their warm greeting, shaking hands and kissing on their hands, all of them had no signs of cruelty and violence. They were deprived of the best education and facilities like all other disadvantages areas. But they would like to learn and continue their firm beliefs and circumcise the girls to practice and respect their religious tradition.

While most researchers believe that female genital mutilation is not rooted in Islam, people in areas where circumcision is carried out do so according to the Hadith of the Prophet and the Imams of the Shafi’i School to show thier commitment to religion. Although there is no compelling reason to do circumcision in Islam on girls.

4 steps to prevent the continuation of FGM must be considered. 4 social groups will be involved to improve their awareness.

One of the important factors in development of each country is to reduce maternal mortality. This index is a good measure to show the extension of accessibility and availability of facilities, especially for pregnant women. So each country try to develop its potential to show its development such as access to health centers, facilitate transport and routes, especially in rural areas (rural network), emergency medical services, the cost of health care, women’s literacy status, etc.

In the eighties and nineties, the Ministry of Health and Medical Sciences decided to work together to improve the health of pregnant mothers and also promote the development of Iran. Then they start to find and identify local midwives in each villages and stop them assisting deliveries at home. These midwives were forced to sign a strong commitment to withdraw from their responsibilities. The project was very successful. The village can be found below where delivery takes place at home. This story can be repeated in the same situation for eliminating FGM in Iran. If the government wants, they can find the Daye, get them more right information then stop them to continue their jobs. Because more nurses who are active in FGM they worked as maternal health care.

Another important aspect in reducing the prevalence of FGM is informing the women of the communities. Women’s literacy rates are not high in these areas so it is necessary to organize rural educational workshop and inform them of the dangers of FGM. Very good examples of these activities for the prevention of FGM are organized in Iraqi Kurdistan since more than 10 years ago with the participation of government and non-governmental organizations. Women gather together in each village, they watch an educational film, talk about their experiences and their sexual health issues and finally the session ends with the presentation of gifts. This session does not mean that the activists leave areas forever, after informing women the prevention process will be monitored.

Another social group who have an impact on the eradication of FGM are the Mullahs and religious leaders. The importance of this segment of society is due to its dominance on the traditions and religious traditions, Hadith and Quran and more importantly they have close relations with the men of the community. These religious leaders can make men aware of the dangers of FGM and persuade them to discontinue FGM with their religious messages.

Experience has shown that residents of deprived areas share their physical health problems with the doctors and trust them to talk about everything. So the doctors explain about the danger of FGM and sexual hygiene. Because the doctors are being sent from different regions and FGM is underground, it is necessary to inform nursing and medical students.