we will have meetings with scholars on circumcision of girls 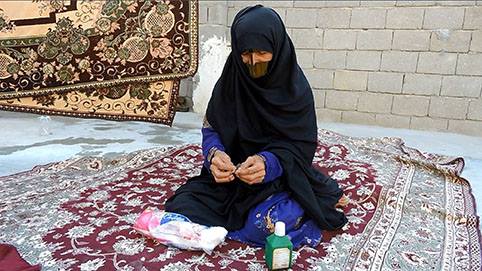 After announcing numerous reports through various associations and publishing materials, finally one of the provincial governors of Hormozgan was well informed:

Director General of the Office of Social and Cultural Affairs of Hormozgan Governorate has stated that we will have meetings with scholars on circumcision of girls.

Director General of the Office of Social and Cultural Affairs of Hormozgan governorate has stated that there is no definite statistics on the circumcision of girls, but the majority of the people of the province adhere to this issue. He has said that since this issue is based on religious principles, it is very difficult to get into this issue and it is opposed to this unless the attitudes of the scholars and religious leaders of these societies change. We have plans in this regard. One of the plans is to send advisers to have meetings with scholars and elders in these areas and say that female circumcision has a very negative psychological impact.

He remarked: At the meetings of the Social Security Staff, we opened the girls’ discussion about the circumcision, and the mindset was getting more prepared. We had meetings with advisers and talked, and now it’s better to have an interventionist approach in this regard. 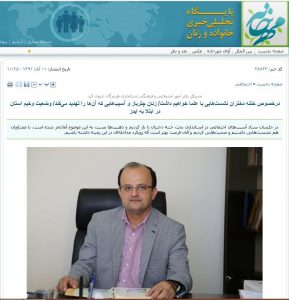 This despite the fact that the director of public relations at Bandar Abbas University of Medical Sciences (Norouzian ) had said: Female circumcision is not routine and it is not known, and if it is done in the family, it is completely secretly, not in the doctor’s office. This action is a moral, legal, medical, and health mistake, and if we know who is doing these activities, we will surely avoid it, but because it is done in secret, it is unidentifiable. Because this is not common practice, public education cannot be provided, but in the past 20 years when this was done in Kong Bandar, one of the health center personnel at that time was able to educate and inform the inhabitants of the port about the progress of this action.

Also, Pari Sayyadi, Director General of the Office of Women and Family Affairs of Hormozgan Province has stated:

The statistics provided by some sites are far from reality. We have not seen such a case during the periodic trips we have to the provincial towns. I myself have witnessed cases of female genital mutilation in other provinces that I did not name, but about women 40 years ago. Of course, in the same provinces, that is not common.

A new announcement of a meeting with scholars shows that officials and practitioners have finally accepted the practice of circumcision in the province. It is hoped that such news will be heard in other provinces like Kermanshah, Kurdistan and East Azerbaijan.

Statistics show that with different distributions, about 60% of women living in Hormozgan Province tend to circumcise their daughters; this figure in other provinces is about 30%. In 1394 (2015), some news reported that a girl in Buchan was referred to the hospital due to the severity of the injuries caused by hemorrhage and severe hemorrhage. It was hoped that such an accident would alarm the authorities!

Female sexual abortion is prohibited in many countries of the world. In Iran, according to some current laws, Diyah (blood money) is also granted to female genital mutilation.

Article 664 of the Islamic Penal Code, adopted in 2013, also states that “the removal of either side of the woman’s genitals causes half of the woman’s full diyah (blood money), and the interruption and destruction of some part of the body has Diyah.”In this decree, there is no difference between virgin and non-virgin, young and adult, healthy and defective, such as rebellion and coronation.

In addition to this article, other provisions of the same law have addressed similar issues:

Article 704: Eliminating the power of ejaculation or reproduction of a man or pregnancy of a woman or destroying the pleasures of male or female intercourse leads to Arsh.

Article 708: Eliminating or permanent or temporary damaging other senses such as trickling, sleeping, and menstrual periods, as well as causing diseases such as tremor, thirst, hunger, fear and faint lead to Arsh.

Article 449: “Arsh” is a non-tangled diyah which amount is not specified in the Shari’ah. The court determined the extent of the crime in terms of the type and quality of the crime and its impact on the health of the innocent and the amount of damage incurred by considering the deceased and with the opinion of the expert. The rules of determined Diyah are subject to Arsh, unless otherwise provided in this law.