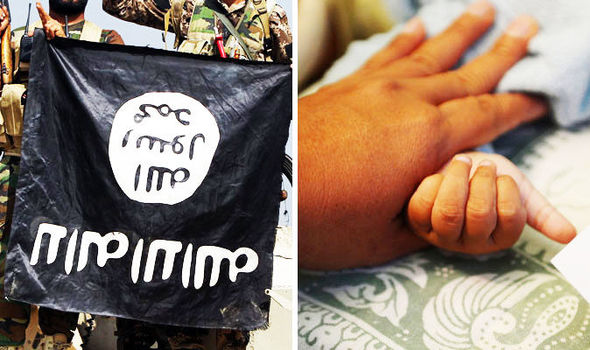 THE barbaric Islamic State (ISIS) has issued a fatwa ordering that newborn baby girls horrifically have their genitials mutilated.

The terror group ordered that if mothers objected to the female genital mutilation (FGM) for their children they faced being beaten, fined and the operation carried out without consent.

According to the ruling by cruel Daesh, part of the child’s clitoris should be surgically removed immediately after birth.

He has several informants in the Iraqi city of Mosul, which has been under ISIS control since August 2014

Mr Sorchi was the representative of the PUK in Mosul before the city was overrun and is known to be very well connected with the underground network.

He said that mothers of newborn babies had been ordered to bring them to hospitals in order to have the operation.

The lawyer and women’s rights activist Falah Murad Khan said: “Last year when this was first suggested nobody believed that this could really be a fatwa, but now it seems with the latest confirmation that it is indeed the truth.”

Mr Murad Khan said there was reportedly a special operating room that had been set up in Mosul to carry out the operations on baby girls.

According to him, the externally visible part of the clitoris was either partly or completely removed.

He added: “It is possible that the fatwa which we knew about last summer was a voluntary measure for mothers, but that not enough had followed the instructions. As a result, it is now being forced through with violence.”

It was in part due to the work of Mr Murad Khan that female genital mutilation is banned in Turkish-controlled parts of Iraq since 2011.

But he said even there were still people who claim to know better and who advised women to have children operated on as soon as they are born.

Among the reasons given for the horrific practice are hygiene, cultural identity and control over sexual activity.