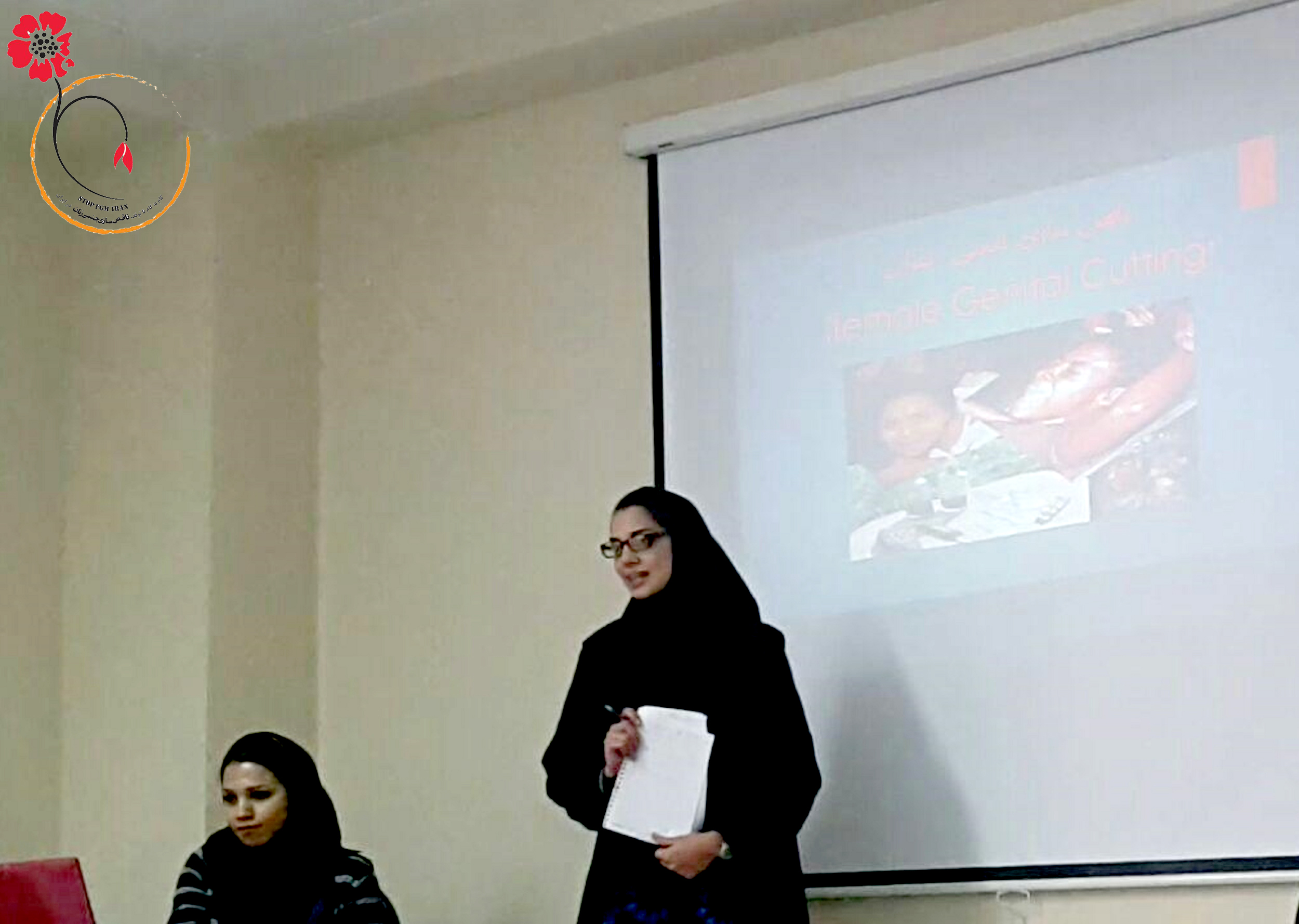 The first class lecture about FGM 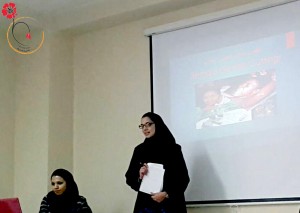 The first class lecture about FGM was organized by Sara Zarghami and Mahtab Mollahoseini for the students of Tarbiat Moalem University and Psychology. they try to inform the different aspects of FGM in iran and the World and try to mentioned psychological effects on victims.

Under the title “Razor and Tradition” the Sociology Faculty of Social Sciences at Tehran University organized a conference about Female Genital Mutilation (FGM) in Iran on 11th of July 2015. This conference shed lights on all aspects of FGM in Iran. It was the first time that an official body connected to the government broke the silence about this issue in Iran and most of the official and important newspapers published speakers’ speeches in full details. The psychoanalyst Dr Nazi Akbary, sociologist Dr Ahmad Bokharayee and Rayehe Mozafarian, writer of the book “Razor and Tradition” and campaigner of Stop FGM Iran, spoke at the conference.

The first speaker Dr Nazi Akbary pointed to the most important psychological effects of circumcision on girls which she had observed in her experience with patients: “PTSD can have an effect on a woman’s life when she constantly has dreams in the different periods of her life repeatedly and she is scared of having sex with her husband too.”

Dr Akbary also mentioned the problem of exclusion if girls are not circumcised: “Mmong my patients I saw a girl from Somalia who had been expelled for failing to do so. Also it was interesting for me that in my research that the men were reluctant to do so but women were more willing to circumcise their girls because they want to guarantee their daughters` future enabling them to choose the best man for marriage.”

Following this lecture, Dr Ahmad Bokharayee explained the relations between “the philosophy of sexual ethics” and “Female Genital Mutilation”. He said: “there is a reason for every phenomenon in each society which it based on personal or social reasons. We should find the hidden layers of FGM and find the answer to the question why FGM is still happening in Iran?”

He mentioned 10 differences between ethical (moral) and morality (ethics) in his presentation. Therefore, in the society, the morale moved to the ethics with changing a wide range of interests. The starting point for the formation of moral principle was the common response to the basic needs of human beings. But the beginning of the formation of ethics was the variation of human demands that has become more prominent after the formation of communities.

Dr Bokharayee concluded that the patriarchal culture of the community and a set of social and cultural factors were involved in the spread of the tradition of female genital mutilation in Iran.

Rayehe Mozafarian started her presentation with counting 11 seconds and drew the audience’s attention to the fact that every 11 seconds a girl is circumcised in the world. For the operation which damages women’s sexual organ there are three different terms: Female Genital Mutilation, Female Genital Cutting and Female Circumcision. All three terms are valid for extracting the meaning of laws.

Article 706 of the Islamic Penal Code states the elimination of sexual ability and fertility of men and women and the elimination of female or male sexual pleasure is under reported. Article 707 says that full compensation (blood money) is awarded if the ability of intercourse is destroyed. Article 664 of the Penal Code: for cutting or removing each of the both sides of female genitals half compensation (blood money) of the woman must be paid. There is as much blood money for cutting and removing the part of it. There is no difference between virgin and non-virgin, children and adults, healthy and disabled

She continued her presentation with a reference to Islam and Female Circumcision: “Islam does not recommend circumcision of girls. To extract a ruling in Islam referring to 4 sources is necessary: Quran, Sunnah (Prophet Muhammad`s life), Ijmah (means the viewpoints of religious leaders) and analogy (in this case compare male and female circumcision). There is no evidence in all these sources that Islam recommends FGM.

In another part of her speech she asked the government to give all data and information and all statistical studies to UNICEF. There are 29 countries in the list of UNICEF but more than 10 countries do not add in this list yet and most of them are Middle Eastern countries where FGM is happening but because the respective governments do not accept to introduce themselves to UNICEF addition to this list is postponed and on the other hand more girls are more at risk. Iran’s government should accept this problem as common in Iran. Mozafarian concluded her speech by inviting the audiences to join to “Stop FGM Iran” reminding of the slogan of this campaign: “even one victim is too many”. 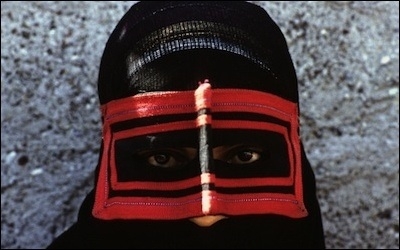