The new story about FGM in Iran written by Reyhane Zahiri

The new book is recently published by H&S Media, written by Reyhaneh Zahiri and translated by Manavaz Alexandrian in the titled of “Mother of cloth dolls”. one of the story of this book is about Female Genital Mutilation in Iran. we invite you to read this story and support us to end FGM in Iran: 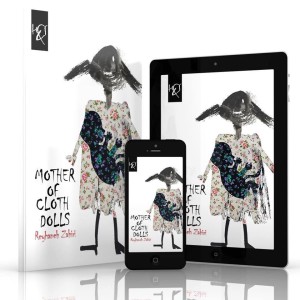 Reyhaneh Zahiri was born on February 1989.She is currently studying sociology alongside her active career of writing. She has published two film scripts titled “A Child Who was Never Born” and “Land of Colored Paper”which is written in Persian Language and was published by H & S media. Shortly after the publication of her scripts, she was invited to work as the curator of script notes for a monthly e-magazine, by Editor-in-chief. Since 2013 she has interviewed Iranian directors, actors and script writers. The interviews portray the difficulties of cinema and censorship of literature in Iran. This work has been published in the US, Canada and Iran.

Bûke barane (bride of the rain)

I pushed the door half open slowly and peeped into the room. I could feel my mother’s hand on my shoulder. I stared into her eyes. She gently pushed me inside the room and opened the door wide. I saw Bassi, an old woman, wearing a scarf on her head and sipping tea. She had laid one leg over her other leg.

Another woman, sitting a little farther, was smoking. She smiled when she saw me and exposed her crooked and decayed teeth. Holding her cigarette in the corner of her mouth she said, “Go ahead and lie down over the floor mat.” I glanced at my mother and seized her loose trousers with my hand. My mother gently removed my fist from her trousers and pushed me forward with her ragged hands that were worn, from years of working hard on farms and around the house.

Bassi puts down her tea cup. I turned towards my mother.

I didn’t dare to speak. I wanted to yell but my voice was stilled in my throat and no sound came out. My mother turned back and walked to the door. I tried to follow her but the woman who was smoking seized my arms and pulled me back. I stretched my hands and tried to run away, but my mother shut the door against my face. I was petrified and started yelling. As I tried to escape Bassi and the smoking woman seized me, forced me to lay down on the floor and pulled down my trousers and slip. The other woman lit another cigarette and kept my legs open with her hands.

I shook my belly and hands violently to get rid of the women. Bassi whose face was sunburnt and had small black eyes was exasperated and tried to release her grey hair which had come out her shawl from my grasp.

“Where was her cursed mother to hold her hands?”

I saw my mother entering the room and holding both my hands through the tears in my eyes.

Bassi picked up her blade and put it between my legs.

My eyes met my mother’s sad eyes in a picture which I had taken one day before I was twelve years old. I saw my Mum huddled in her mother’s arms. I didn’t see when she came and crept into my arms. I pushed away her hair from her eyes and looked at her pretty face.

One day remained until she turned twelve and she hadn’t reached puberty; no sign of menstruation yet.

Her father had been nagging, asking me to take her to the nurse and circumcise her. I was delaying the operation for weeks to escape the dreadful pain my daughter had to suffer.

I kissed the lobe of my small daughter’s ear.

“How can I ruin your childhood sweetheart?” I pulled her towards my chest, pushed my head into her locks and smelled the scent of her hair.

“You have spoiled her, woman,” yelled her father and walked to the farm. I turned back when I heard the sound of the shutting door which echoed aloud in the room. I looked at my small Bûke barane   who was sitting on the shelf dressed in her luxurious traditional robe and I pushed her black woollen hair back into her scarf.

My little daughter wrapped her arms around my waist and stared into my eyes.

“Why are you worried Mummy?”

I smiled a sad smile.

“I am not worried honey.”

“Why don’t your eyes smile like they always did before?”

“Honey, we need to go somewhere.”

“All the week I had insisted to take her with me to the field for grazing the sheep, but she won’t hear of it. She has been staying home all the time.”

I put on my cotton shoes, seized my daughter’s hand and walked down the staircase in our house. The hens and the cocks were quarrelling noisily in the corner of the courtyard. I held on my daughter’s small fingers in my hand firmly and we passed Radhan’s house. I saw Radhan staring at me and my little daughter, from behind the window. She laid her hand on the windowpane.

We climbed the staircase in Sazan Khanom’s house and pushed the wooden door open. I stood behind the door in the narrow and dark corridor and was holding the door handle firmly in my hand.

My little daughter gazed at me alarmed with her big eyes.

“Mum, aren’t we going inside?”

“Yes, but you must go inside alone.”

The door opened and a rough hand came out. I stared at her rough hand.

“I need to go elsewhere darling.”

Hesitating and suspicious, my little girl stepped into the room and the wooden door was shut on my face.